Why Overdraft Protection is Both a Blessing and a Curse 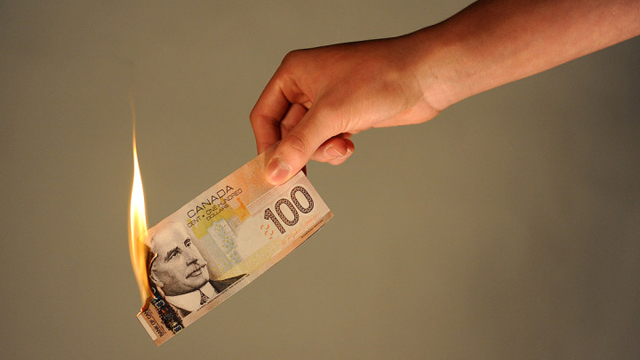 We’re sure that none of you would drop $35 on your morning dark roast or pumpkin spice latte because that’s straight nuts.

What’s funny though is that some of you have done it already.

Unintentionally, unknowingly, you spent it because of your overdraft protection.

Financial product banks love to sell, overdraft protection carries some fees and charges that often go unnoticed, and the costs add up quickly.

And that’s why it’s both a blessing and a curse. Overdraft can bail you out of some embarrassing situations, but it can also push you further into the red.

So how do you keep the pros of an overdraft account without dealing with its downsides?

Overdraft protection is like comfort food wrapped in a pretty box in the junk aisle (maybe not so bad, but you get the idea).

The packaging looks great and the food tastes great – it may even have some benefits. But a closer look at the ingredient labels will tell you a different picture.

High in sodium, double the daily recommended intake of sugar, loaded with unhealthy fats and so forth…

Overdraft protection can be like that in a sense.

The Upsides of Overdraft Protection

You might not keep track of everything going in and out of your checking account, especially if your payments are automated.

So if you made a few extra purchases during the month, when time comes to withdraw money for a pre-authorized payment, you might have insufficient funds, leading to a bounced payment and an NSF charge.

Overdraft protection will cover you so you’re not paying those extra charges (and getting declined).

You should never use overdraft as a source from which to splurge, but it can cover you during emergencies.

Assuming you’ve got a decent amount to work with, you can dip into it to cover some expenses you didn’t plan for.

Peace of mind when shopping or spending

The best part of having overdraft is the sense of comfort that comes at the cash register.

Knowing that even if you’re close to $0.00 (hopefully that’s not a habitual thing), you can rest assured that the debit machine won’t say “declined” or “insufficient funds”.

That means no embarrassment standing in a grocery store line up or in front of friends at a restaurant.

The Downsides of Overdraft Protection

One of the things that hurts most about overdraft protection are the fees. Each bank sets their standards, but there are fees attached to overdraft accounts, some which are attached to each transaction.

You can’t escape interest! Overdraft accounts carry interest charges and rates as well, which vary from bank to bank, and get added on top of the fees you pay when you use overdraft.

More a mental annoyance, seeing that your account is “negative-something” because of overdraft can feel like a bummer.

Of course, it’s more of a problem if you’re always in the minus instead of occasionally being there. Interest rates along with fees added on top can put you deeper into debt (if that’s already a problem).

It’s clear that overdraft protection is like a mixed bag of treats, some good, some bad. We’re no stranger to what it can do for us at a grocery store or at a restaurant, but it’s easy to overlook what it can do to your bank account.

Let’s explain that $35 coffee we mentioned at the start.

It might seem like an exaggeration to say that overdraft will inflate the costs of your morning Joe so much, but it’s really not.

To put things in perspective, you need to understand how overdraft protection charges get added onto your regular transactions.

Ratehub.ca detailed a few examples of how overdraft fees can spill over:

“…if you make three transactions at $5 each on an overdrawn account and your bank charges $25 per item, you’ll pay $75 in fees on a $15 transaction.”

They also created a chart to show the costs of being overdrawn by $1000 with a $5 per day overdraft fee, at 19% interest:

The key figure to take of note here, is the interest charge at the month’s end. The overdraft fee might not seem like much, but that $85 interest charge…that hurts. And you’ll notice that’s only with three transactions made with overdrawn funds.

It’s a reality for tons of shoppers who cross your path. Whether they’re having financial problems or spending carelessly, they’re digging themselves deeper into the depths of debt.

And that’s why those small ticket items – the cup of coffee, the piece of cake, whatever it is – can cost far more than their actual price tags.

It’s a good reason to be weary of using your overdraft too much.

…but I Need Overdraft Protection 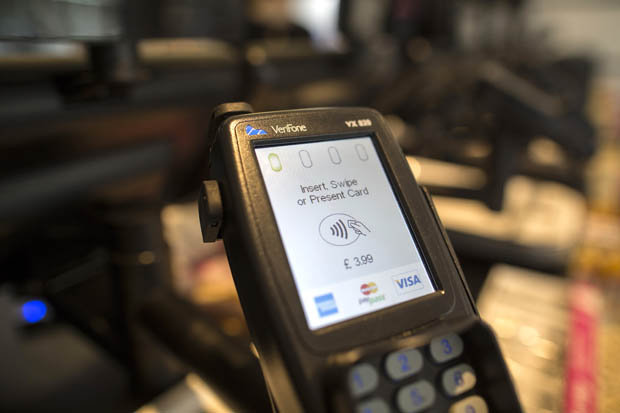 What you don’t need are all the fees and interest charges that come with it.

Banks will make you believe that fees and overdraft go together like bread and butter, as if they’re in some kind of yin and yang relationship.

If you’re dead set on keeping your overdraft account but don’t want to pay the excess fees, then look away from the typical bank account for better options.

Get Overdraft Protection Without the Baggage

We have to make it clear that overdraft protection is not the devil.

But it can harm your finance more than it helps if you’re overusing it. Transaction fees and interest rates can eat away at your funds and push you further and deeper into debt.

So it’s wise to keep tabs on your overdraft, and more importantly, your spending habits.

If overdraft protection is a product that you absolutely need, then make sure to look into alternatives. And at the very least, make sure you pay your balances back as quickly as possible.

Because as far as we’re concerned, you should be paying double-digit prices for coffee and other things that you can buy for a toonie!