If You’re Still Broke, Maybe You Should Blame the Bank 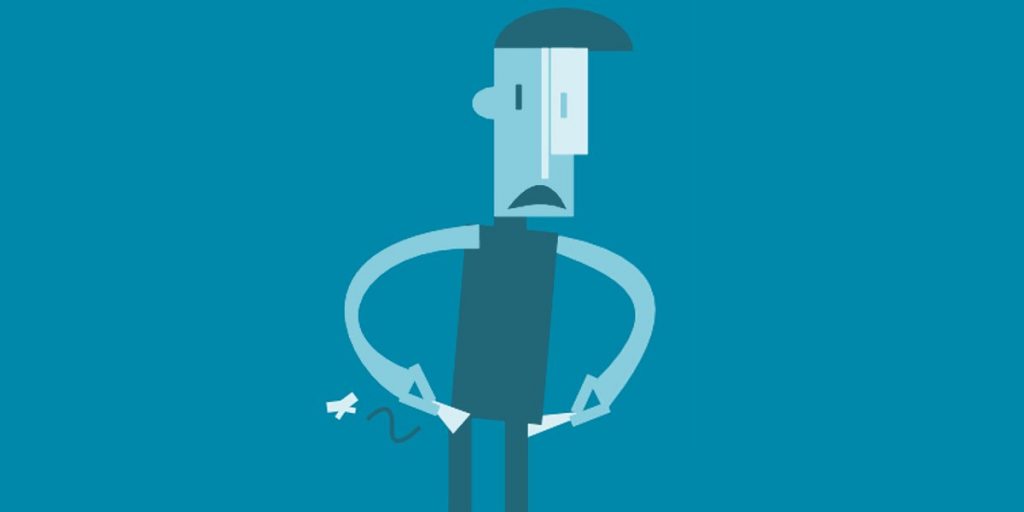 But it’s not just because of the credit card or the car payment or the mutual fund.

The bank themselves took some of your moolah.

All of these financial products come with hidden and not-so-hidden fees that add up, creating what seems like a black hole in your account (and end up in the bank’s pockets).

There are service fees. Late fees. NSF charges for payments that bounce. And those are just the more obvious ones.

That’s why we’ll tell you upfront that the bank is partially to blame for your insufficient funds.

But not all hope is lost. With a few tips and pointers, you’ll learn how to spot which financial products drain your money, and what you can do to keep your cash.

Let’s take a look at some numbers for a popular financial product: mutual funds.

There’s this thing out there called management expense ratios (MERs, which according to Investopedia, is “…a measure of what it costs an investment company to operate a mutual fund”.

It takes the form of a fee.

And of course, it’s a fee you pay if you have a mutual fund.

In Canada, the median MER sits around 2.5 percent, which doesn’t seem too bad, considering people pay double digit numbers for other fees and rates.

But the 2.5 percent rate is much bigger than it seems. At 2.5 percent, the MER can devour almost half of your mutual fund. So basically, half of your investment is really the bank’s profit.

Screwed over by the 1%

For all you younger investors out there in your 20s and 30s, listen to this bummer.

NerdWallet presented a scenario where a 25 year-old investor puts $25,000 into a retirement account, adding $10,000 every year, and paying 1% in fees.

Again, at just 1%, it wouldn’t seem like this young investor has much to lose. But the numbers show otherwise. After a 40 year period and an average annual return of 7%, this millennial investor would lose $590,000 by the time he or she says “I’m retired”. That’s 25.1% of their value lost to fees.

And Kyle Ramsay, NerdWallet’s head of investing and retirement department, made an important point in how these fees could affect one’s retirement date.

He said, “As illustrated, 1% versus 0.5% may not feel like much over the course of a year, but when saving for retirement, it could mean the difference between retiring at age 70 versus retiring at 73.”

Here’s a final example of the account drainage that can happen with your bank.

If you had $216 handed to you right now, what would you do with it? Would you pay off a utility bill? Eat dinner at The Keg? Book yourself a spa day?

Well, if you’re feeling deprived of that cash, hear this – you’re probably spending this amount on bank service fees alone.

According to a 2015 Statistics Canada survey, Canadians spent an average amount of $216 on these fees. That’s kind of a big deal, no?

Sure, $216 in the grand scheme of life is pocket change, but it’s a good example of how those $2, $5, and $10 transaction fees and surcharges can add up. And depending on what other financial products you have, the number could be significantly higher.

There’s one killer reason why so many become suckers to hidden bank fees. It’s not because they’re with the wrong bank (although that could be part of it).

That killer reason is that they just don’t do their research and they don’t ask.

True, banks may not openly disclose fees and charges, but you can often find out about these fees by doing a bit of reading (such as what you’re doing right now) Armed with that knowledge, you can find better options for financial products that the bank doesn’t offer.

Unfortunately, the average 21st century man and woman spends the least amount of time researching their financial products compared to other things.

So Canadians’ research efforts are clearly lopsided. We don’t think twice to spend hours on sites like TripAdvisor, but when a bank waves a financial product in our faces, we just take it.

We don’t look at them with scrutinizing eyes. And that’s a big problem.

Many of us are too nice and can’t say no when someone tries to upsell us. And banks use this to their advantage. What people don’t realize is that banks have to meet sales quotas, and that means upselling certain financial products.

So sometimes when you’re offered a line of credit when you just want to a deposit cheque, it’s could be a teller or advisor’s effort to keep their bosses off their backs.

And this isn’t our crazy conspiracy theory.

Erica Johnson, an investigative reporter who hosted CBC’s Marketplace for 15 years, wrote an article in the spring of 2017 about Canadian banks who upsell products to their customers.

In the article one financial adviser at RBC said bluntly, “We are all doing it.” And a TD insurance agent wrote, “We are straight up told to tell false stories (lie) to sell products.”

Now some of these stories represent the darkest and most extreme examples of delinquent banks, not the majority of finance advisers.

But these admissions should give you an idea of the trickery that sometimes takes place behind the teller’s desk.

Remember this before you sign up for a product you don’t need.

When asked something along the lines of, “have you considered opening a…”, you need to switch on your ‘I’m-being-sold-to-detector’. You don’t have to shut them down right off the bat, but you should be ready to do so sooner than later.

If you don’t, the likelihood of succumbing to their persuasion grows stronger and stronger.

So how do you avoid this trickery? We’ll repeat it again: do your research and resist getting upsold!

Rob Carrick, a financial writer for The Globe and Mail, wrote an article last spring detailing how to carefully pick and choose financial products.

His advice might get him some flak or raise eyebrows, but the reasons behind his suggestions make a lot of sense.

Carrick’s suggestions on what to buy

Carrick’s suggestions on what NOT to buy

We can sum up Carrick’s words by telling you this: when it comes to financial products, it’s better to be a window shopper than a big spender.

Don’t Let a Few Dollars and Cents Leave a Dent

With everything mentioned here, we want to make it clear that we’re not against banks. And neither should you be.

But you should take the red pill and accept that the banks do profit off of your losses (from the fees and surcharges).

You can’t change the rules and regulations; the fees will always be there. However, you can sidestep those charges by picking and choosing your financial products wisely. Remember the three R’s of picking these products – research, research, research!

And there’s a fourth R: resist. Resist a bank teller’s upsell on a product unless you have a good reason to consider what they’re offering.

Will taking this advice make you rich? Maybe not.

But at least you’ll keep a little more of your hard earned cash to yourself.